Home » In the workshop » The Timber We Use 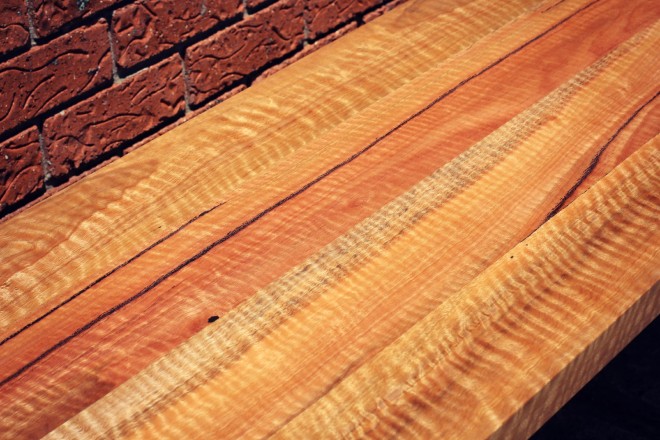 We use many varieties of reclaimed and new timber in our furniture. They all have their own benefits and limitations depending on the project. 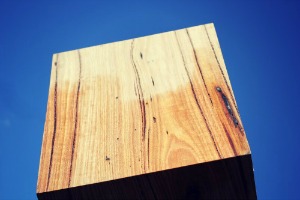 This is our preferred type of recycle timber to use as it tends to be the most interesting. The boards often have a back story which is cool. For example, a lot of the messmate we use is recovered from old factories or houses around Melbourne. Red Gum or Iron Bark often comes from old bridges or wharf’s.
As well as this, the timber often comes with unique features such as nail and bolts holes, rust stains, notches left over from old joinery, and tracks left by insects. It’s also environmentally sustainable.

The fact that most of the timber has been sitting as part of a building for several decades means it has been naturally cured and so will not change shape as much with changes in temperature. This is very important in furniture making. 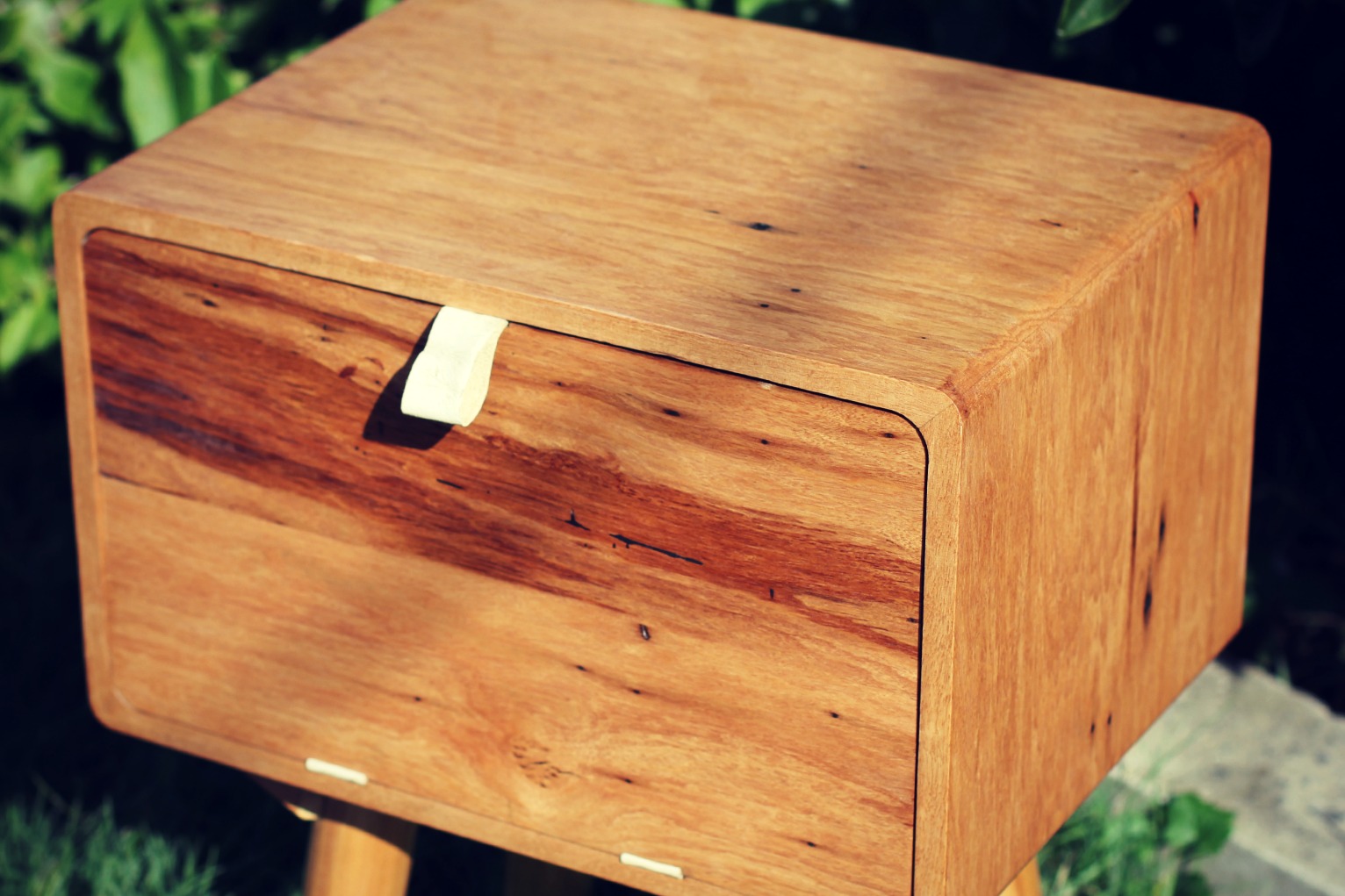 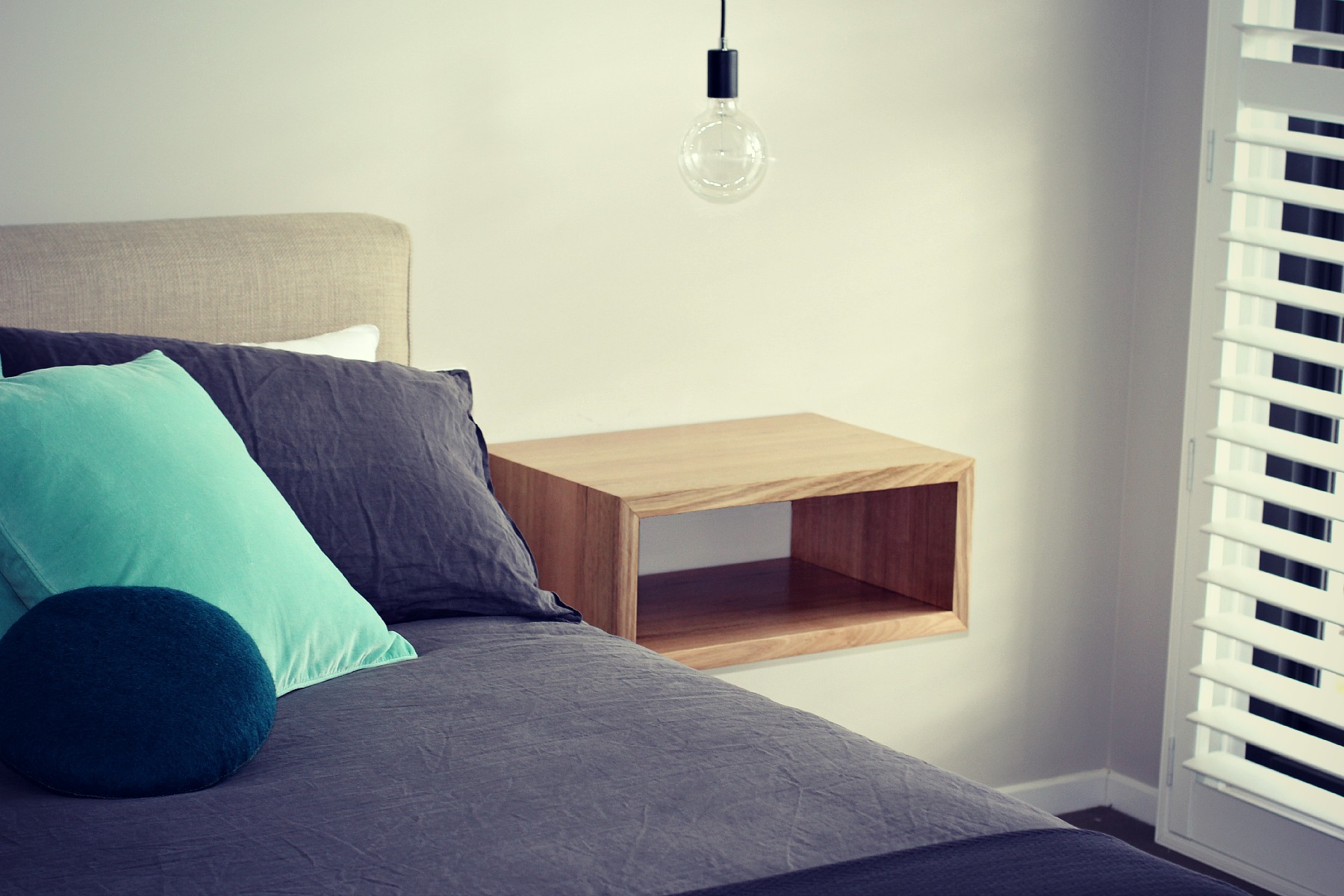 Even though mountain ash and messmate are sometimes conflated, usually mountain ash is specifically Eucalytpus Regnans, which is  paler in colour and with straighter grains and few features. This species grows a lot in Tasmania and is commonly called Tasmanian Oak as well. A lot of reclaimed floorboards are found in this timber. 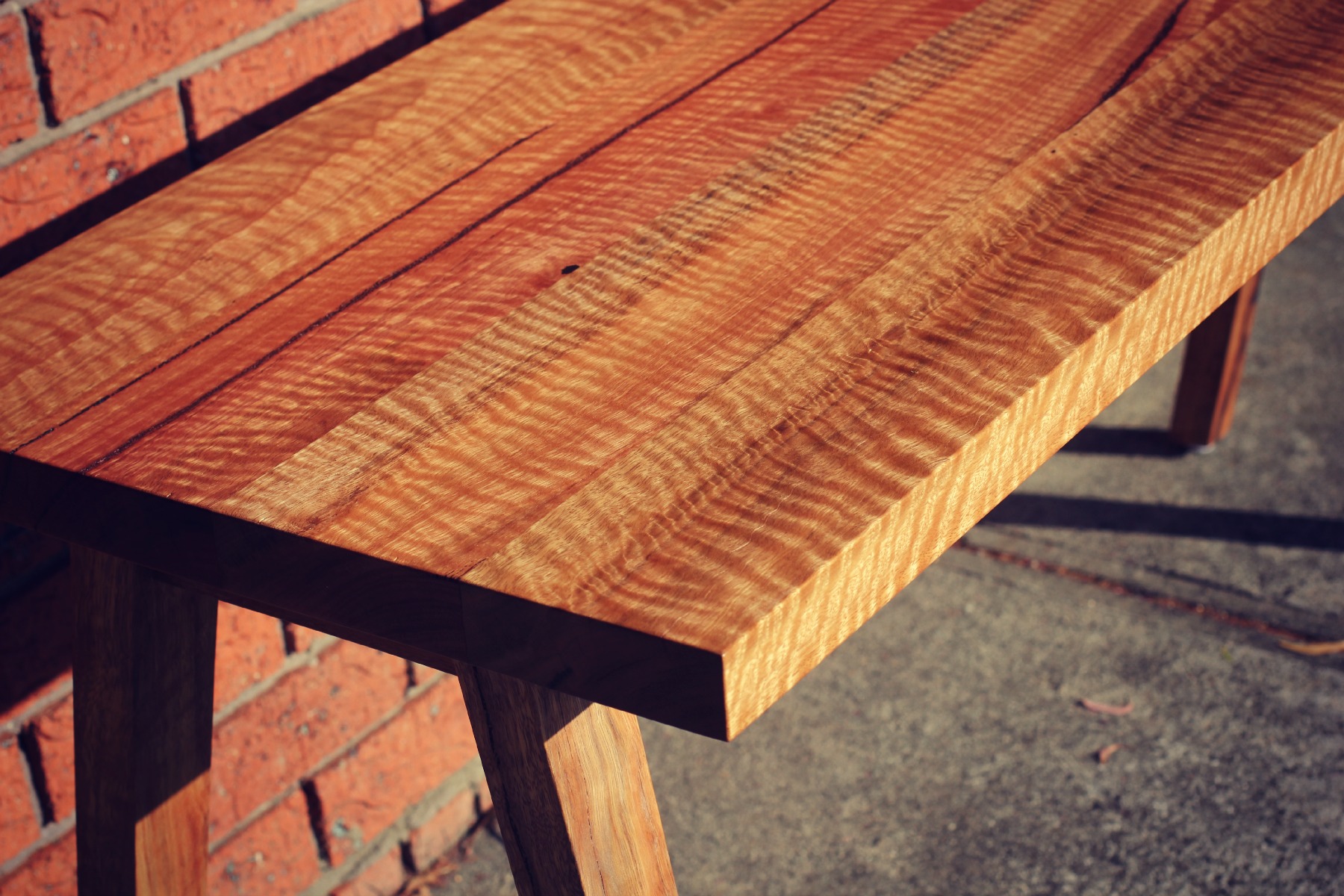 We like using spotted gum. It’s a very hard timber and is very heavy, so lasts a long time. There are a few different species called spotted gum which are all slightly different so you get a range of colouration from rich caramel brown through to silvers, pinks and oranges. We often find boards with beautiful fiddleback ripple effects which you can see on this desk.

Other timbers we use less frequently are:

This is an interesting timber with an orange-y appearance and darker growth rings. It is not native to Australia but is common in reclaimed timber as it was imported a lot back in the day. the timber has different densities in the alternating growth rings, and so it can develop a ridged surface. This timber can look quite striking in quartersawn boards with tight growth rings found in older reclaimed timbers.

This is a coastal species from NSW and Queensland. It is similar in appearance to Messmate timbers, however it is more resistant to fungi and  insects such as termites and borers which can deteriorate the timber, so it is more suitable for outdoor applications.

This is a heavy deeply coloured timber with a distinctly Australian feel. It’s suited to furniture made from big slabs of timber but is difficult to work in smaller boards.

Stringybark refers to a loose group of species that have stringy bark. They’re not all closely related species, they just look similar. Yellow stringybark and messmate stringybark are the most common species used in furniture.

These are a group of species which have a similar appearance and bark. They are very dense and hard timbers and so are hard to work with but are incredibly durable.

This refers to a loose group of inland species including some stringybark species and ironbark species. The timber usually has a red appearance, in the older part of the timber towards the centre of the trunk, and can feature beautiful fiddle back grains patterns.

And we also use a couple of imported species. 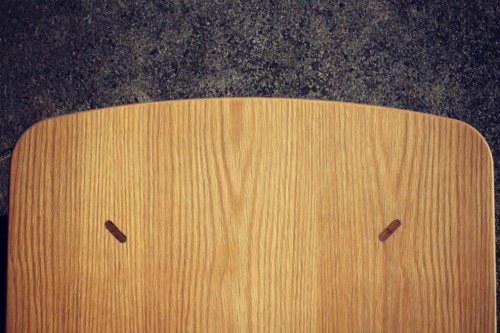 This timber has a plain straight grain and a modern look. Its good for most modern designer furniture and danish style furniture. 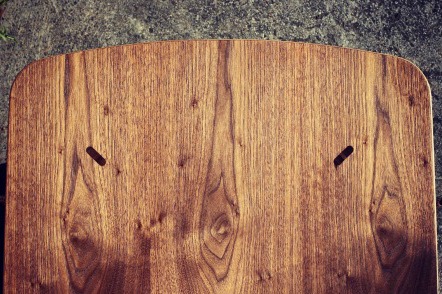 This rich chocolatey brown timber lends itself to retro, mid-century style furniture, and it’s great to work with.

You'll get to see all our latest creations, & receive special offers and discounts. (We won't spam you or give your details out to anyone.)

Do you have a custom furniture idea in mind?

We offer free custom designs and quotes (with no obligation of course)! 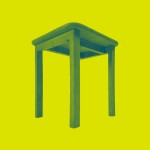 We offer free delivery to all areas within the Melbourne metropolitan region.
↑ Top of Page